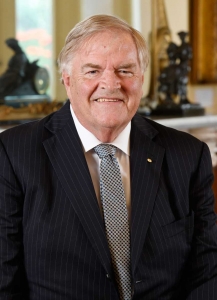 The Honourable Kim Beazley AC is the 33rd Governor of Western Australia.

Prior to being installed as Governor on the 1st May 2018, Mr Beazley had dedicated almost three decades to a career in Federal Parliament, representing the WA seats of Brand and Swan.

In 2009, Mr Beazley was awarded the Companion of the Order of Australia for service to the Parliament of Australia through contributions to the development of government policies in relation to defence and international relations, and as an advocate for Indigenous people, and to the community.

He has honorary doctorates from the University of Notre Dame (Western Australia) and Murdoch University.

Mr Beazley is married to Ms Susie Annus and has three daughters, Jessica, Hannah and Rachel.

Mr Beazley was a Minister in the Hawke and Keating Labor Governments (1983-1996) holding, at various times, the portfolios of Defence, Finance, Transport and Communications, Employment Education and Training, Aviation, and Special Minister of State.

University roles
After his retirement from politics in 2007, Mr Beazley was appointed Winthrop Professor in the Department of Politics and International Relations at The University of Western Australia.

In July 2008 he was appointed Chancellor of the Australian National University, a position he held until December 2009. 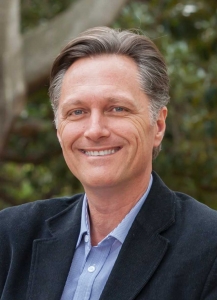 Professor Carapetis is the Director of the Telethon Kids Institute in Perth, WA and has held that position since 2012.

Professor Carapetis is also a fellow to the Australian Academy of Health & Medical Sciences and is recognised as a leading mind in the Australian health field, with particular expertise in Indigenous child health.

Professor Carapetis has made an international contribution and commitment to the reduction of rheumatic heart disease. While rare in most developed countries, Australia has one of the highest rates of the disease in the world due to its prevalence within Aboriginal and Torres Strait Islander communities, particularly in Northern Australia.

He is an infectious diseases consultant physician at the Perth Children’s Hospital and is a Professor at the University of Western Australia. 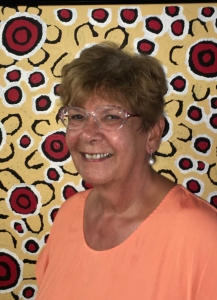 The daughter of an Arrente man and a Gurdanji woman, Pat was raised in Alice Springs. As CEO of the National Aboriginal Community Controlled Health Organisation (NACCHO), she is at the forefront of community efforts to Close the Gap in health outcomes for Aboriginal and Torres Strait Islander people.

Pat has over 40 years’ experience in senior leadership positions in government, business and academia including being the only Aboriginal person, only woman and longest serving CEO of the Aboriginal and Torres Strait Islanders Commission (ATSIC).

Amongst her many appointments, she also spent 18 months as Monash Chair of Australian Studies, Georgetown University, Washington DC, and was inaugural CEO of NITV. Pat holds a Masters Degree in Public Administration from the University of Canberra where she was awarded the University prize for Development Studies. 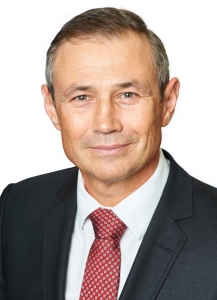 Hon. Roger Cook MLA is the Deputy Premier of Western Australia. With oversight of two key portfolios in health and mental health, Roger has been a member of the Legislative Assembly since 2008, representing the seat of Kwinana.

Prior to entering politics Roger studied Arts and Public Administration at Murdoch University before completing a Postgraduate Diploma in Public Relations and a Master of Business Administration at Curtin University. He was active in campus politics and established the National Union of Students as its first National President.

After completing his studies Roger worked for a number of Federal and State Members of Parliament in policy and electorate officer roles.

Roger is a strong advocate for health and fitness, competing in regular triathlons, marathons and rides for muscular dystrophy along with the walk for diabetes. He supports the Western Force and Fremantle Dockers.

Roger Cook was born and raised in Western Australia. He lives with his wife Carly in Wellard, and has two adult children.